Bridging the gap one step at a time: Mercari’s Backend Engineering Team #TowardAGlobalMercari

Mercari’s mission is to create new value in a global marketplace, and we have welcomed talent both domestically and from abroad in order to fulfill that mission. The Tokyo Office now has members from over 40 different countries, and the ratio of global members in the engineering organization has grown from 15% to 40%. In other words, Mercari transformed from a small startup into a multicultural company in a very short span of time. What happened behind the scenes during that transition?

In the #TowardAGlobalMercari series on Mercan, members of various roles and backgrounds will share their perspectives on the changes that happened in the company during the globalization phase.

Mercari values bottom-up decision making, but under these circumstances some top-down rule-making was necessary. —Could you start by telling us about yourselves?

Ayman: I’m originally from Egypt, but throughout my career I have worked in various parts of the world, such as Saudi, Germany, and Italy. Having never been to Asia, I moved to Japan for a new experience. I joined Mercari in January of this year and was drawn to the software craftsmanship and the attention to detail of the Mercari Engineering Team. So far I’ve been involved in projects such as the crossborder project.

—Mercari is generally described as a very fast-paced environment, but what was the company like when you first joined, Goto-san?

Goto: When I first joined, Mercari was already heading towards “globalization,” meaning that there was a good mix of English and Japanese speakers within the organization. However, despite the team being multicultural, there was no official language policy. It was all up to the individual teams to make the decision.
As a result the vast majority of pull requests and Slack messages were in Japanese, some documents were in English but some were not, and although we have GOT (Global Operations Team, Mercari’s translation and interpretation team) you could say that effective communication within the team was pretty tough.
I think this comes from the company culture at Mercari. Mercari values bottom-up decision making, which is great in general, but under these circumstances I think that some top-down rulemaking was necessary.

Ayman: Yes, the team I first joined was mostly English speakers, but at one of my first meetings with members other than my teammates, I was surprised to find out that the meeting was mostly conducted in Japanese, with a GOT interpreter there to support me. Although Mercari is not my first Japanese company, my previous company’s official language was English, so I was pretty surprised by how Mercari handled the situation.

Bridging the communication gap by empowering both English and Japanese speakers —Mercari still does not have an official language, but later made a policy to use language as a tool and select whatever language is needed for our work. With 40% of the organization being non-Japanese speakers, the default language for the engineering team is now English. What are your opinions on that?

Goto: Ever since the company has made the decision to use English as the default language for the engineering teams, Mercari has been deeply committed to providing English education within the organization. I have been taking English lessons from our in-house Language Education Team (LET) since December of 2018. To be honest I was not very comfortable with communicating in English when I first joined, but I have recently been able to conduct 1-on-1 meetings without any interpretation help from GOT.
At the same time, some members need Japanese for their work and the company understands that as well, which is why there are also in-house Japanese lessons for some of our members.
Although we made the decision not to set an official language, setting a policy and dedicating time for language education has improved communication so much.

Ayman: I agree. I like the idea of trying to bridge the communication gap by empowering both English and Japanese speakers to learn a new language, while having GOT to support us. Is it the most efficient path to take? Maybe not. But this kind of adaptation is not something that can happen overnight. I feel that we are slowly but surely taking the right steps.
Otherwise, without bridging the gap, language proficiency will influence how teams are assigned. We don’t want a situation where Japanese speakers and English speakers are completely separated from each other as they are both on isolated islands.

Face-to-face communication and working as a family —We are now in a phase of transition. Is there anything that you are trying to do to ensure that communication runs smoothly?

Ayman: I really value face-to-face communication. Sometimes when you are communicating online you don’t see the person behind the screen. Especially if you are communicating in your second or third language, sometimes the message can come across harsher than you intend it to be. I think it is really important to set aside time and get to know your coworkers as human beings.
Since we are in a phase of moving from a monolith to a microservice architecture right now, identifying the stakeholders with just online communication can be difficult. I learned that the hard way during the crossborder project where a discussion on whether I can use a certain organization table ended up in multiple threads on Slack.

Goto: Right. In Japan, there is a saying called “同じ釜の飯を食う” The literal translation is “eating rice from the same pot,” but it means having a family-like relationship.
As engineers, we tend to lean towards efficient communication, and some prefer online communication, but I do agree that it is important to take the time to establish a stronger relationship.

Ayman: For sure. Online communication is efficient, especially if you just need a yes or no answer, but for discussions it can sometimes do more harm than good. You sometimes just can’t see the emotions behind the screen.
I really like the concept that you mentioned of working like a family. As you said, Mercari has the concept of building the company culture from the bottom up, and I hope we continue to be able to build that kind of relationship within the organization. 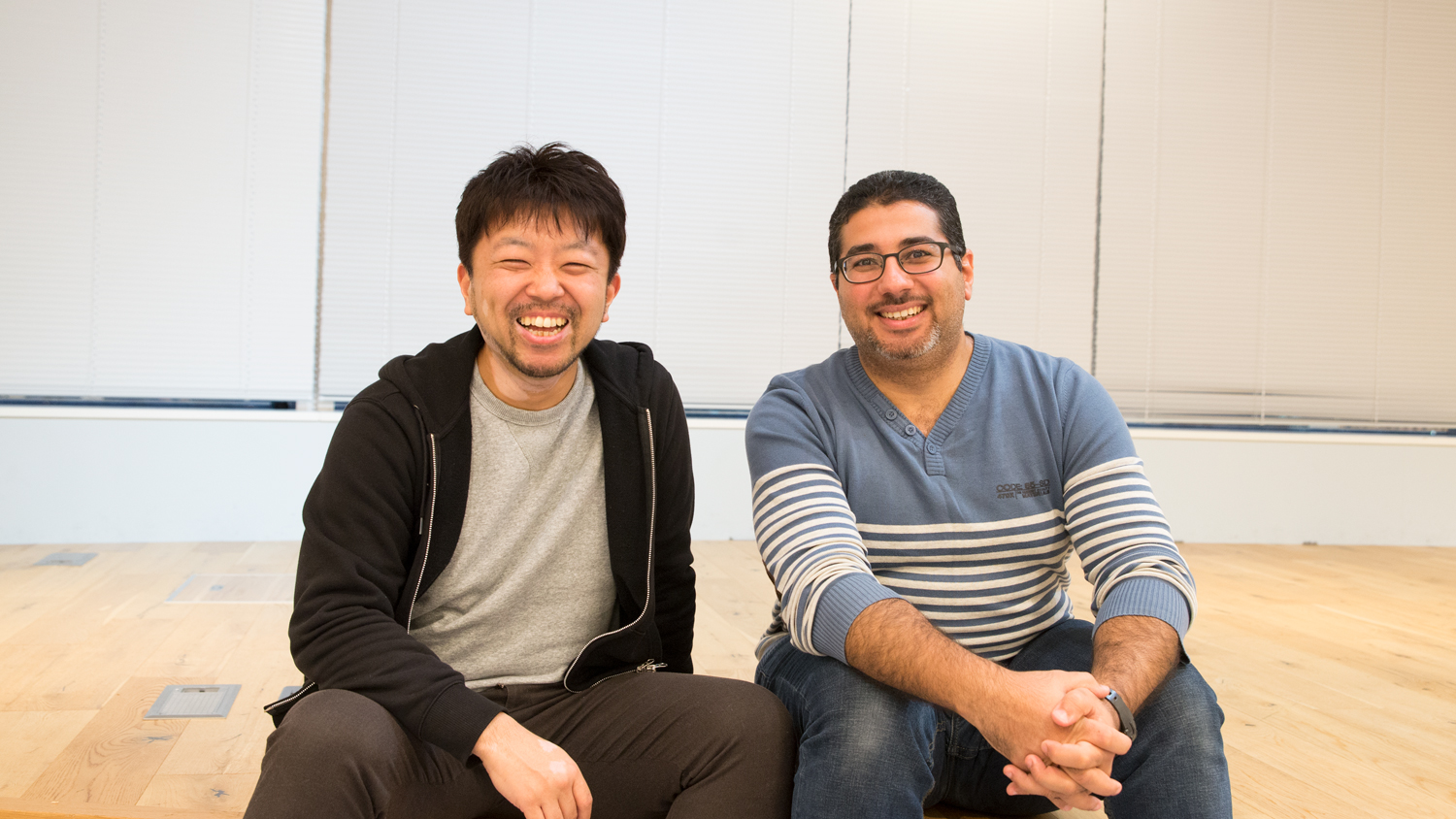 Hidenori Goto is a backend engineering manager for Mercari JP with over 20 years of experience in the engineering industry. As a manager, his current focus is on creating strong and autonomous engineering teams to develop resilient microservices.

Ayman Imam is a senior software engineer with over 11 years’ experience involving agile software development practices, analysis, design, and more. He is currently a backend Tech lead at Mercari focusing on building a robust, secure and reliable microservices framework.

Mercari has come a long way since its beginnings as a domestic startup. What began as a small team of Japanese members has since grown into a major company with employees hailing from all over the world. This transition was certainly not without its challenges, but it has paved the way for Mercari’s exciting future. We’re looking for people to join us on this journey!

2019-9-5
We created Mercan to bring you all the latest info about the people and events of Mercari. So what are you waiting for? Take a look around!
Follow us:
Share this article 👉
0
0
0