In our job postings, you can find things like our minimum and preferred requirements, or our ideal candidate… But, what does that mean, exactly? #WorkWithMercari is a new series of articles where our recruiters talk with managers from different teams to delve into what kind of person they’re looking for!

Today I talked to the SRE (Site Reliability Engineering) Team, who are responsible for the platform on which Mercari’s service runs!

Our SRE Team is currently looking for an EM (Engineering Manager) to join their team. What kind of person do they want to work with, specifically? I interviewed Minoru Tsuka, the Director of Developer Productivity Engineering, and Mitsuhiro Shibuya, EM of the SRE Team, about the ideal candidate, their skill set, and more!

ーCould you tell us again what the SRE Team’s structure is, and what it does?

Mitsuhiro：The SRE Team is divided into three sub-teams, based on their expertise. However, we have on-call rotations, so we often work together as one team. As for the job itself, it is mainly operating and managing Mercari Japan’s systems. And, at the same time, we sometimes take on other software engineering tasks like modifying the source code to improve performance, etc. Recently, we have also been working on a project to rebuild part of our core system, because we are migrating to microservices. 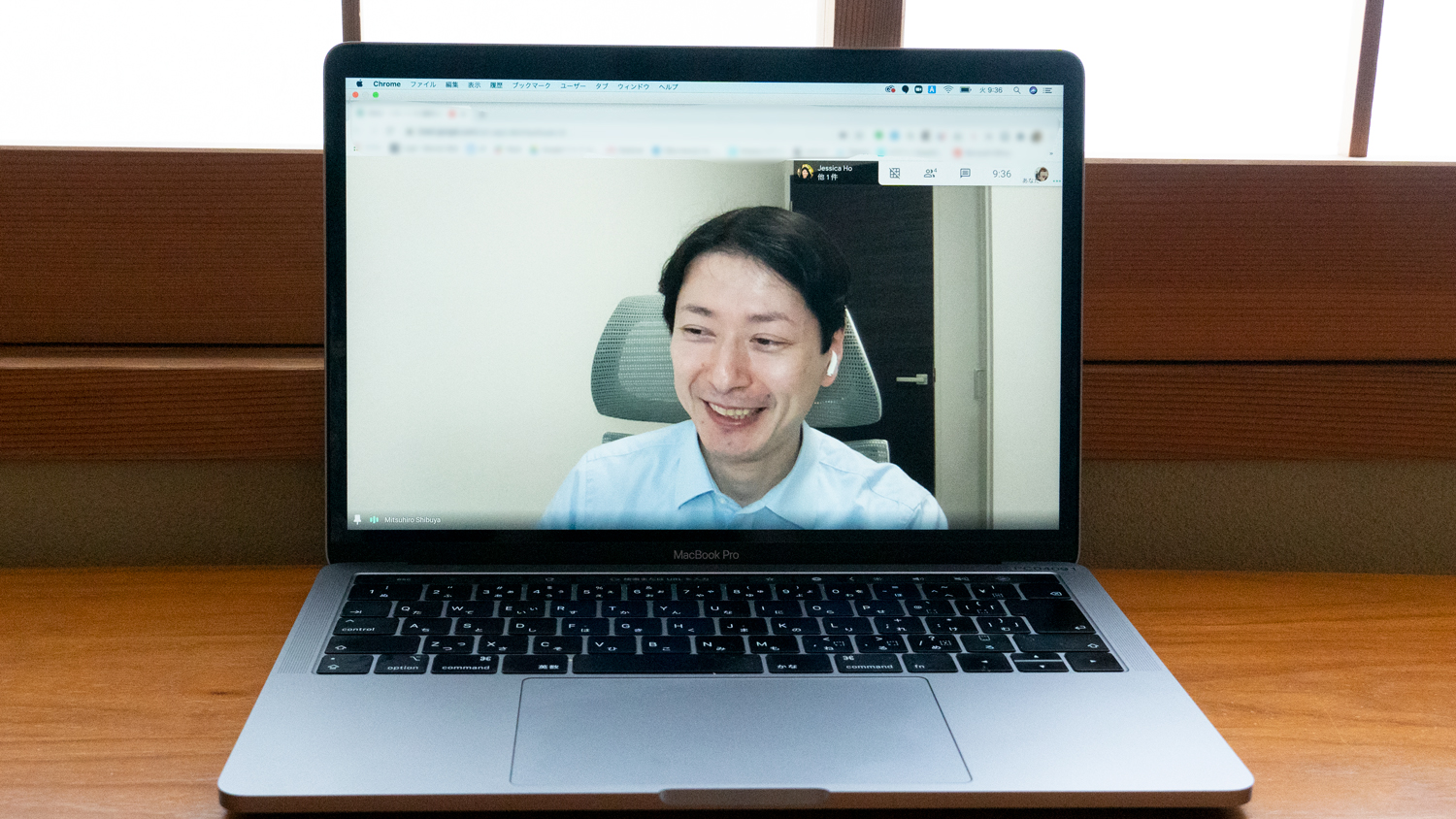 Main Responsibilities
・ Operating and managing the systems for Mercari Japan’s service
・ Improving system performance, reliability and scalability
・ Developing and operating software related to the above

Minoru: Many of our team members have been working at the company for a long time, and have a high level of expertise in their field. However, it’s not like we are divided. We are all committed to improving and protecting the entire service in a comprehensive way, and work on our tasks while exchanging opinions with each other on a daily basis.

ーSince you have many members with a high level of expertise, in a way, it would seem like the SRE Team is working just fine. What kind of challenges do you think need addressing?

Minoru: Certainly, the team has been doing fine so far. But there are some challenges to tackle if we want the team to grow further. Our service is expanding, and we probably won’t be able to cover everything with our current structure. That’s why we started to feel that we need to innovate and make changes in order to deliver great results as a team. Mitsuhiro: Mercari’s development started off with a monolithic structure, and we are now migrating to microservices. So, the entire engineering organization is now trying to reorganize our service’s infrastructure in line with this. Up until now, the SRE Team used to operate and manage the platform for the whole service, but from now on, this will be done by each of the teams in charge of the different features. However, not all engineers have experience operating and managing the platform, so we are in the process of creating a new structure that will allow the SRE Team to use its expertise to support them.

Minoru: Yes, because operating the service’s platform is not an easy task…

ーWhat kind of role is expected from the EM of the SRE Team?

Mitsuhiro: The role of Mercari’s SRE Team is to create a structure that can handle the growing traffic we have as our service expands, and at the same time respond in case there is an issue. So, the EM would of course need to know the technical aspect, and also lead the team while adapting to changes in our organization and our business.

Minoru: Right. As Mitsuhiro said, we expect our traffic to continue to increase in the future. Our organization will also change. Also, there are many team members with long-standing careers, a high level of expertise, and excellent technical skills in the SRE Team. Their EM will need to accompany them, and build the platforms and operational structures our service requires. In that sense, they might need good soft skills as well. Minoru: Yes. Accompanying team members is the most important thing for the SRE Team. Team members can have different opinions based on their expertise, and there are situations in which the EM will have to make decisions that may not be in line with those opinions. It would be best not to let this lead to conflicts. It’s important to take into account the opinions of all team members, and to create an environment that allows them to deliver results as a team.

ーMitsuhiro, you are the SRE Team’s EM now, right? Is there anything in particular you try to keep in mind regarding that?

Mitsuhiro: The SRE team members are all fully focused on their areas of expertise, and are committed to keeping our service running. Because of this, they respect each other and try not to step on each other’s toes. In my case, I’m careful not to become a blocker, so that they can focus on their tasks. As Minoru was saying, if I make a decision that is not in line with what some team members think based on their expertise, I try for us to have a conversation to see how we can make the best out of it.

What kind of person wouldn’t be a good fit?

ーBluntly put, is there a type of person that you think wouldn’t be a good fit?

Minoru: Someone who thinks that their own experience is everything probably wouldn’t be a good fit. The SRE Team is in the middle of many changes right now. We need to respect each other and continue working together, so someone who is caught up in their past experiences and can’t accept other people’s opinions wouldn’t work.

Mitsuhiro: Another important thing is whether they are interested in our processes or not. Having an SRE mindset means to look at processes from an engineering perspective, in the first place. So, to be frank, we want someone who is interested in processes, and has experience trying to improve them. This is something I try to find out and ask questions about during interviews. Minoru: Yes, it would be great if they have that kind of experience and already internalized how to do it. One more thing I would like to add is that if they want clear results and public recognition, they probably wouldn’t be a good fit either. The SRE Team are unsung heroes, so to speak. A lot of the work is done before things happen, before any problem occurs. It is a wonderful job, but these things are not always visible to others. So, it’s important to be proud of one’s work, and be able to say, “even if it’s not recognized, my work is helping the company”.

Mercari’s SRE as a reference

ーYou both worked on SRE before joining Mercari, and you also joined the company around the same time. What was your first impression?

Minoru: I worked on it for almost 12 years. I was part of some big projects until I felt that I needed a change in my career, so I started considering Mercari as a potential company for me to join. There are really amazing people working in Mercari’s SRE Team. I had only heard wonderful things about them, but I also thought that surely it wasn’t all going to be pretty… (laughs)

Minoru: I mean, it’s true, right? Before thinking about changing jobs, I went to an event where Mercari’s SRE Team made a presentation, and I thought, “No, no, no, it’s definitely harder than that!”. But then I imagined what they were trying to do, and what challenges they were facing, and I thought it would be fun to work there. During the casual interview we actually talked about how chaotic everything was, so that was nice. I also realized that they were all working very hard to follow their ideals. That inspired me, so I decided to join. Mitsuhiro: My experience was the complete opposite. After reading a lot of external information, and seeing that they were working on advanced projects, I thought that everything was well organized. Minoru and I both joined the company in the summer of 2019. At the time, the traffic was already pretty high. Working as an EM in that kind of environment would be a great challenge, wouldn’t it?

ーSo both your impressions were quite different (laughs).

Minoru: When I talk about these things I always find it hard to answer the question of what kind of work the SRE Team does. Because our job is not really that clear. People mention Google’s SRE as a reference, but it’s not like that is defined either. So, I want to produce results and reach a point where people can use Mercari’s SRE as a reference.

Minoru: Of course, we do respect other companies’ SRE teams. But we don’t want to just do what everybody else does. So, in that sense, the EM of Mercari’s SRE Team is going to need to demonstrate real leadership. We want to work with someone who feels comfortable in this environment.

Mitsuhiro: I agree. The role of a manager is to leverage each of the team members’ strengths in order to maximize the team’s results. In addition to that, they are also responsible for handling the system’s scalability. Combining these two aspects can be a rewarding experience for any EM. If you are interested in joining us, we look forward to hearing from you! Thank you for your time today! We hope this article has helped you better understand the team, and what kind of person they are looking for.

And for those out there who are thinking about changing jobs, or who were not thinking about it but feel a little bit curious, why don’t you join us at Mercari? We look forward to hearing from you!