Balancing Work with Parenting: How One Engineer’s Working Style Changed After Childbirth and Childcare Leave

In this edition of Mercan, we sat down with Atsuko Fukui (@atsuko), a software engineer on the US@Tokyo Team in charge of US business. She went on childbirth leave in February of 2020, and returned to work in April of 2021. We hope that her experiences will give our readers an idea of what to expect and prepare for ahead of taking childbirth or childcare leave.

When I returned from childcare leave, we were already mainly WFH…

ーSo I understand you went on childbirth leave in February of 2020 and returned to work in April of the following year. Before you went on leave, did you manage to pass on your duties smoothly?

Yes, it all went very smoothly. I belong to the US@Tokyo Team, which works on the development of the Mercari US app from our Tokyo office. We’re a small team, so we have always been very good about regularly sharing information with each other. This is why there wasn’t much information that only I knew about, so I was able to pass on my work simply by describing my duties in a document.

ーThat’s great! So, when you returned from childcare leave, Mercari Group was already operating on a work-from-home team structure, I believe.

Yes, exactly. That’s why, after I returned to work, I started by having an online meeting with my team manager who explained what I’d be doing. That said, my manager had already been very clear about what they wanted me to do, so within days of returning from leave, I was already working on new feature development. Once you’re clear about what you’ll be working on, you also know who you’ll be working with, and so I started doing things like having one-on-one meetings with people. Everyone was happy to welcome me back to the team, which really helped me out. But like I said earlier, when I returned to work, Mercari was already operating almost exclusively in an online environment, so there were a lot of things that puzzled me. In the past, I could walk around the office to chat casually with people, but that was no longer possible.

What I found really useful were members’ private Slack channels. At Mercari, members are allowed to create their own channels (called “zp channels”) where they post their thoughts, and that’s where I found I was able to catch up with people for casual chats.

ーWasn’t there anything you had a hard time with after you returned to work?

Well, once I had returned to work, I’d have to say that it wasn’t the work or the team structure that I had a hard time with, but rather the feeling that I wasn’t meeting the expectations I had for myself.

ーWhat do you mean by that?

Well, I’m the type of person who loves to work. So before I went on leave, I used to work on projects until I was satisfied with the results. But now, there’s just no way that I can work the way I did before. I guess it’s unavoidable, but every time I step away from my work, I tend to get this feeling that I want to keep going but can’t because of my other responsibilities. I returned to work in the latter half of April, and almost immediately after that, our daycare shut down. Perhaps that also explains why I felt especially pressed for time then.

After I returned to work, the one person I would always compare myself to was the old me from before I went on leave. It doesn’t matter how great your team is or how perfect the company’s policies are, people tend to fall into this trap when they return from childcare leave.

Maybe things would have been different if I had returned to an environment where I could show up at work and chat with people casually. I have a feeling I would have been able to open up to someone, say for instance over lunch, about not being able to work the way I used to now that I have a child. It’s possible I wouldn’t have been so pressed and might’ve come up with a breakthrough solution. 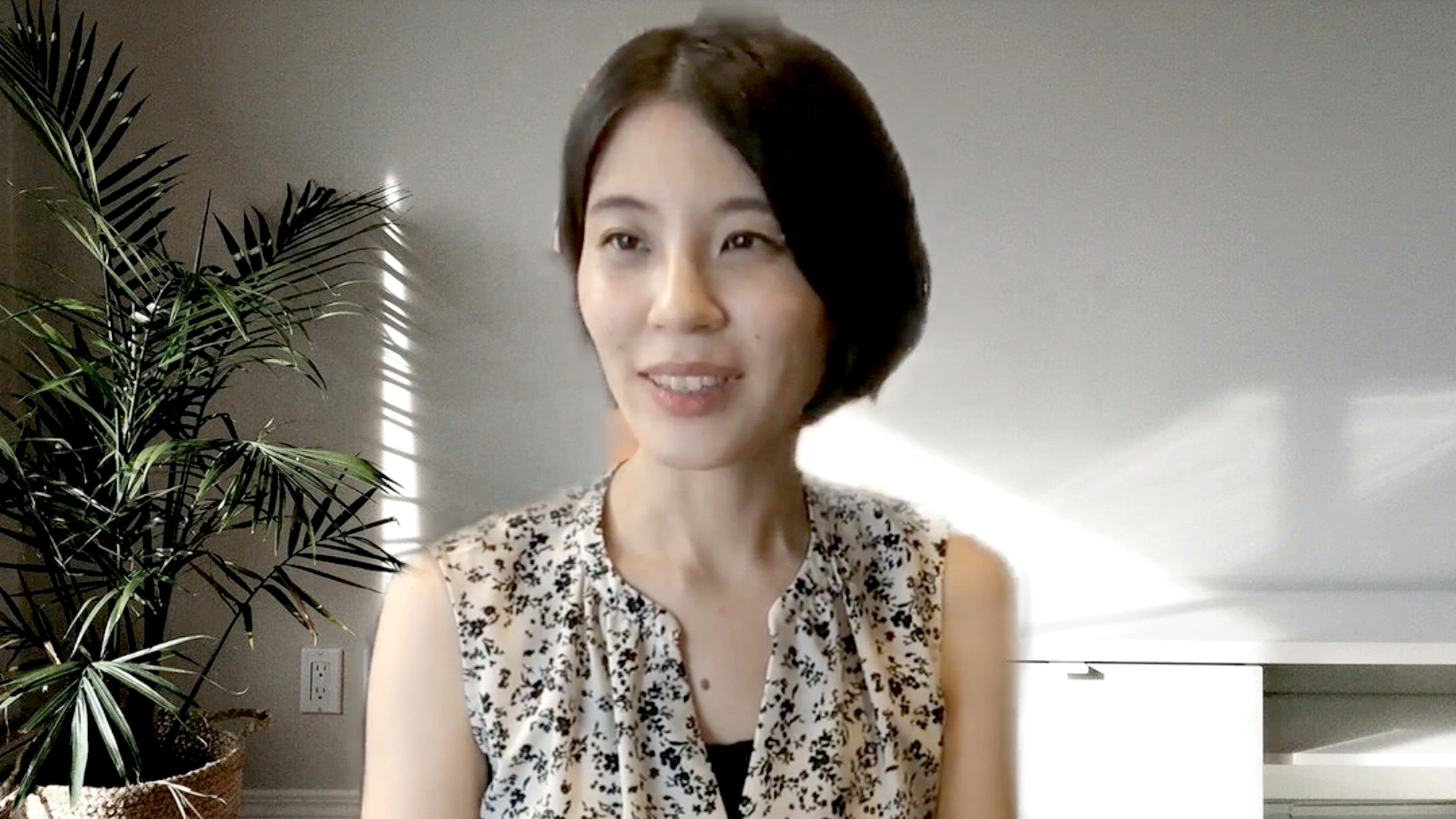 ーWhat should a person do to avoid falling into that sort of trap?

There’s a coaching program at Mercari for members returning from childcare leave. That’s where I learned that the reason I was feeling down was because I was comparing myself to my past self.

In my coaching sessions I also received advice that I should break down the goals I was shooting for into stages. After that, I tried it. For example, I’d define the absolute minimum that I had to get done no matter what, and then I’d aim for another goal beyond that, but without pressuring myself. Thanks to this strategy, I was able to tell myself that even if I didn’t make it to that second goal, I could still say that I did my job at work and at home. It took about a month of me doing that before I was able to master emotionally switching between my work and home life.

ーCould you share some of the information you have about communities for members about to go on childbirth or childcare leave?

First of all, I highly recommend joining two of Mercari’s Slack channels: z-maternity-paternity-leave-now and z-papamama. The former is a channel where members currently on leave come together. A lot of important announcements are shared here, and people also post parenting tips. It helps to relieve the feelings of isolation that can come from being on childcare leave (laughs).

As for z-papamama, this channel is for people with kids to come together. People trade a lot of tips on parenting, and I learned a ton of things here. I wanted to read a variety of parenting books while I was on leave, and the people on this channel gave me a lot of good recommendations! ーSo now that you can’t engage in small talk directly with people, you get information from the content posted on Slack channels?

Yes, exactly (laughs). In the same way, I think it would be good to try taking part in the office club activities online. While I was on leave, I participated in an online algorithm workshop. All of the members worked together to solve a problem with an algorithm. It works as a kind of programming training. My daughter did interrupt my work, but the other people in the workshop told me how cute she was, which was a joy.

As I was saying earlier about my own experience, there are times where you compare yourself to how you were before you had your child. I think that different children present different challenges, but I think everyone shares this common problem of comparing their present and past selves. That’s why I want to tell people that it’s okay for you to feel distress.

It’s not just the tone of the company that’s important, but also the ambiance of your team

Can I say one last thing?

In my case, I was blessed with a great team. A lot of the other members on my team had had children a little while before me, so I didn’t feel all that much stress when I returned to work. In addition, the US@Tokyo Team also communicates with the team members in our Palo Alto office, and prioritizing family is rooted in their office’s culture too. So, for example, if someone’s child is running a fever, it’s easy to bring it up.

ーThe tone that the company sets is of course important, but the ambiance of your team is also crucial.

Yes, that really is true. When my child was born, I received these wonderful messages from my team members! I know, right? (laughs) They poured their hearts into their messages wishing for my baby to grow up strong and healthy. Going forward, I want to keep my work and parenting in balance as I forge ahead shoulder-to-shoulder with these wonderful people.