Hi I’m Tutti, part of the Engineering Gateway team at Mercari, where I work on mentoring and training programs for engineers at Mercari, as well as knowledge sharing, engineering culture and community building. Aside from my work at Mercari, I’m also a volunteer director of Women Who Code Tokyo chapter. Women Who Code is a global non-profit organization dedicated to inspiring women to excel in technology careers.

Recently, Women Who Code held their annual tech conference WWCode CONNECT in San Francisco, California, and Mercari was the first Japanese company to officially sponsor this conference. My manager Mike Omoto and I, in partnership with other teams, worked really hard on this proposal so I’m really proud of this achievement!
For this conference, we had HR representatives from Mercari’s Japan and US offices, me and my manager from Engineering Gateway, Data/ML engineer Oshima-san who works at our Palo Alto office, and QA Engineering Manager Fujita-san who works in Tokyo.

One of the talks that stood out to me was by Alaina Percival, co-founder and CEO of Women Who Code. She spoke about WWCode’s mission and impact in society so far. The WWCode community reached the milestone of 180,000 members in more than 60 cities around the world, and Alaina shared some very inspiring stories, like one woman who after joining WWCode won a scholarship and was able to land a software engineering job to finally earn a good salary to take her out of poverty.

Tara Hernandez is an Engineering Manager at Google Cloud Platform. She spoke about her career development and how she believes “We’re making our companies and this industry the way it should be.”

Scaling Software Development by… Me!

About a month before the conference I received an email saying that my talk proposal was accepted at WWCode CONNECT 2019!

I’ve spoken at meetups before, but this was only the second time I spoke at an international conference, so I was pretty nervous (but also super excited about it). My talk was Scaling Software Development: Teams & Codebase, and I spoke about transitioning from small projects with just a few people to big and complex systems that need larger teams, what the challenges are, and some of the practices and tools to scale efficiently from my experience. You can find the slides of my talk below.

Mike Omoto is an Engineering Manager of the Engineering Gateway team here at Mercari. There were some rooms dedicated for interview-prep sessions at the conference and they invited Mike to run one of the sessions.

Mike gave a really nice walk-through of an algorithms whiteboarding interview, but better than that, he explained what those interviews are actually trying to assess and how hiring managers or interviewers are usually evaluating the candidates.

We all had a very good time at the WWCode CONNECT conference. A lot of people approached the Mercari booth and we were able to talk to them about our company and the Mercari app.
The feedback for both my talk and Mike’s session was overall really positive, so we are very happy about it.

But more than all of that, I feel like this experience was really important for my career as well as for all women in tech who attended or were speakers at this conference. Both our ML engineer Oshima-san and Engineering Manager Fujita-san had a really good experience for their career development as well by attending an international tech conference and collaborating between the Japan and US teams at Mercari. 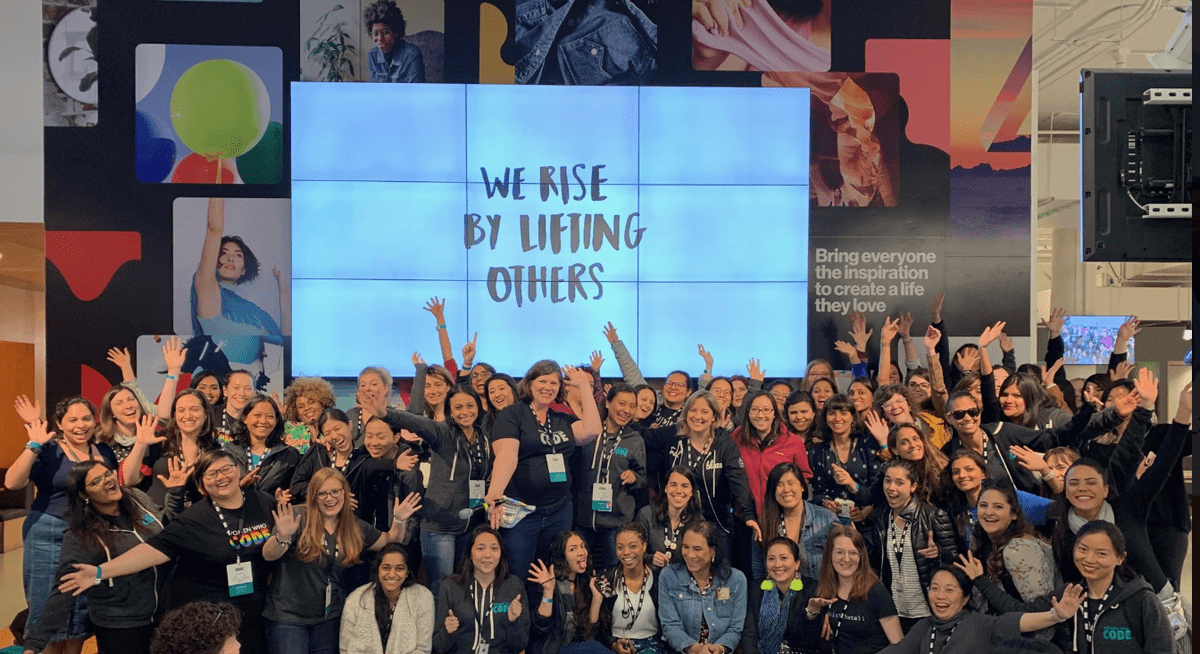 We are all so excited about being a part of the community and we feel so inspired to develop ourselves that we all decided to submit talk proposals for upcoming conferences.
And that’s exactly what WWCode is trying to do as an organization, and what we at Mercari are supporting with partnerships like this: to inspire women to excel in technology careers. We are changing the face of tech, one action at a time.

See you next time for more #MercariDays

2022-6-7
We created Mercan to bring you all the latest info about the people and events of Mercari. So what are you waiting for? Take a look around!
Follow us:
Share this article 👉
0
0
0