During this series of featured articles, our recruiters at Mercari will take us through some of our new graduate members’ experiences since they first joined the company. What do these new graduates, who chose Mercari as their first career, think right now, and what kind of career are they building for themselves?

This will be the last featured article after our first, second, third, and fourth ones. Today we are meeting Ayano Okuda, who is in charge of new graduate talent acquisition, and our HRBP (Human Resource Business Partner) Cheng Tsz Kiu (Liz), the two who have been doing the interviews so far.

In this series of articles, we have interviewed new graduate members that Okuda and Liz have recruited, as well as executives that participated in the global selection event with them. What changes do they see in Mercari’s new graduate talent acquisition, and what new things are they planning for the future? Let’s see what they think.

A virtuous cycle that attracts people

– Was there anything in particular that you thought or felt during the interviews you did with the new graduates and Namura (Mercari’s CTO)?

Liz: In my interview with the new graduate members from abroad published in our first article, I was very happy when someone mentioned that the speed in the selection process was a deciding factor for them to join. During the global selection event, which was key in their recruitment, we analyzed their individual skills, and decided the offers. It was actually very hard for us to make the offers while doing the selection and all the internal arrangements at the same time. So, when I learned that it helped them decide joining the company, I felt that the time and effort we put into it had paid off.

Okuda: Yes, me too. Mercari has always prioritized hiring talented people, regardless of whether they are mid-career or new graduate hires. That’s why even for new graduates, our selection process is very similar to mid-career hiring. So, it was very exciting to see how new graduates members that were hired there are now continuing their careers as Tech Leads or managers. 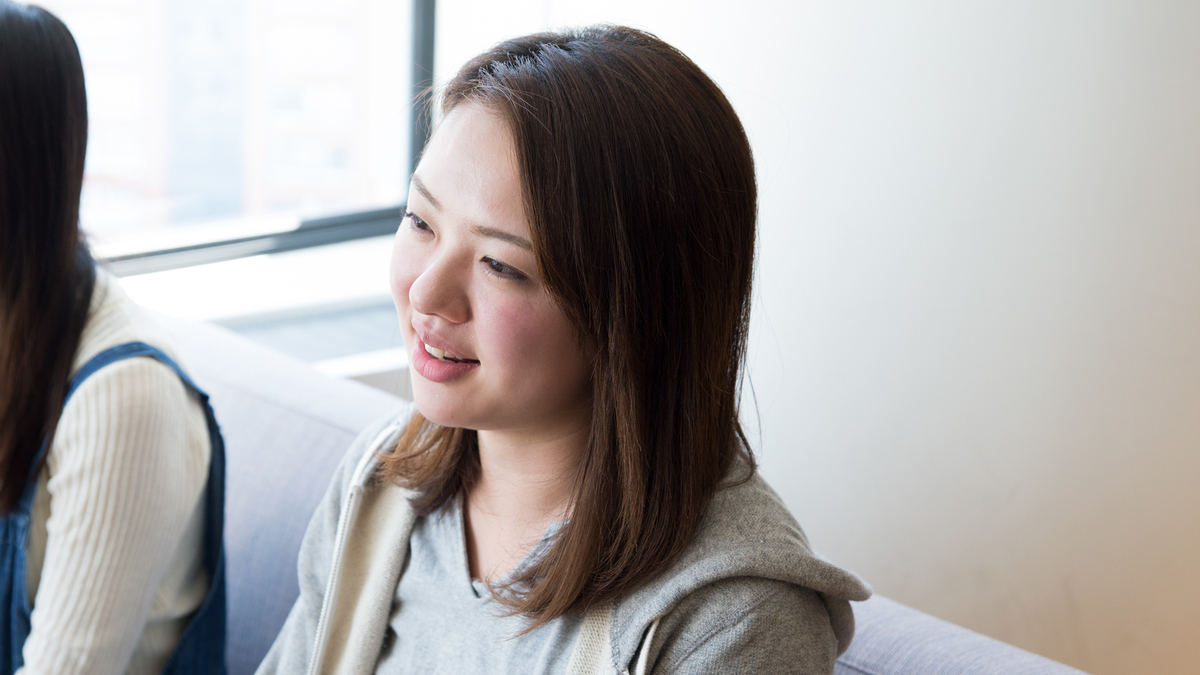 – What changes can you see in new graduate members, compared to when they first joined?

Okuda: I feel that the level of familiarity with Mercari as a company has increased. I joined Mercari in 2017. Before that, I knew about the Mercari app, but the company was not very well known yet. Sometimes people were even surprised when I told them that the office was in Roppongi Hills (laughs). So, when deciding to actively start hiring new graduate talent, we started focusing on increasing awareness of Mercari as a company in 2018.

Liz: Right. The level of awareness about both the services and the company has a huge impact in recruiting. I was responsible for global new graduate talent acquisition in 2018 and 2019. 2018 was especially hard because we didn’t have a career site, and there were a lot of people wondering what kind of company Mercari was, and worrying about whether to join or not. But in 2019, thanks to new graduates like Tony and Sting, who we interviewed in our first article, that actively talked about our company and its culture on Facebook and other sites, many students started recognizing us as “a company where alumni work.”

Okuda: The same thing happens with new graduate recruitment in Japan. With these articles, I realized how lucky we are to have such unique new graduate members at Mercari (laughs). And thanks to them sharing information, we have even more unique new graduates joining us. So in Mercari’s new graduate talent acquisition we have this virtuous cycle, where people attract people.

With and without experience: two different beginnings

– Could you tell us how both of you came to be in charge of new graduate talent acquisition at Mercari?

Okuda: I joined Mercari in March 2017. In my previous job I worked for about eight years as a producer for social games. I didn’t have experience in the HR field at the time, but since we had many new graduates joining, I started mentoring and training from my second year. It was then that I realized how fun it was to support young people. When I started looking for a new job, I heard that Mercari was putting together their new graduate talent acquisition team, so I decided to join them.

Liz: I wanted to be involved in global human resources since I was in university. So in my previous job I worked for a Japanese company and was in charge of talent acquisition for international students. I was also managing the LinkedIn page as one of my recruitment tasks, and when I asked which Japanese company used LinkedIn better, I learned that it was Mercari. After I started looking into the company, I thought, “Being part of human resources here I’d probably be able to take on challenges and grow a lot!”, so I decided to join. 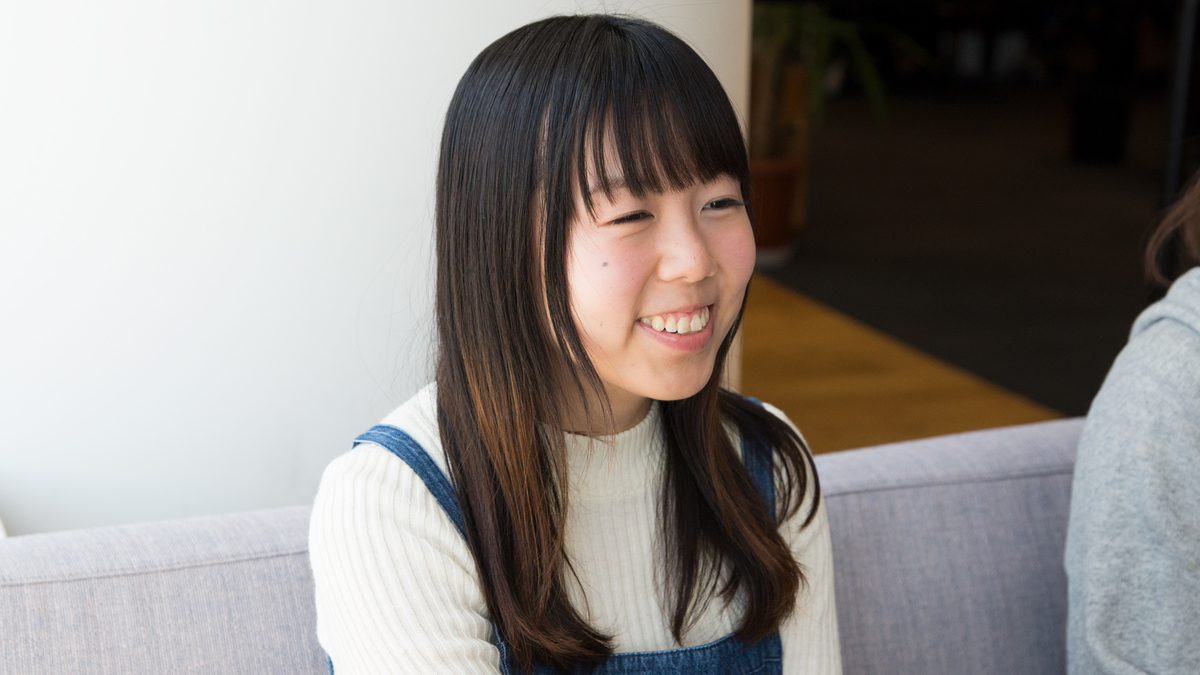 – What did you start doing when you first joined?

Okuda: When I joined the company, we were starting with GitHub recruitment, where we selected the candidates based on what they can do, but we didn’t have a structure to take in new graduates. That’s why Ishiguro (Organization & Talent Development Team Manager), my manager at the time, told me to prepare a training for new graduates as soon as I joined the company (laughs). I remember that, in addition to recruiting, we put together the new graduate training incredibly fast.

Liz: When I joined the company, Mercari was holding a new graduate selection event at the Indian Institutes of Technology (IIT). And I went to a selection event in the UK one week after joining.

Never get caught up in numbers, because it’s the “starting point of their adult life”

– New graduate talent acquisition at Mercari has been changing a lot both in Japan and abroad, but is there anything that you’ve always tried to keep in mind?

Okuda: I have always thought that Be Professional, one of Mercari’s values, was really important. It doesn’t matter if they are new graduates or students, or their position or title, I want to hire people with that kind of mindset. Another thing I’m always thinking of is how we can evaluate properly the professionalism that people have. The Mergrads system was also born from identifying this issue, and it was targeted toward new graduates to be able to make offers to each of them based on their output. So we plan assuming everyone is a professional, regardless of how many years of experience they have.

Liz: Outside of Japan, there is no concept of “new graduate” like there is here. Everyone thinks that you can’t work unless you start contributing from day one.

Okuda: Yes, I do the same thing. Forgetting about this, and getting caught up in our target number of hires is something that we can never allow ourselves to do. 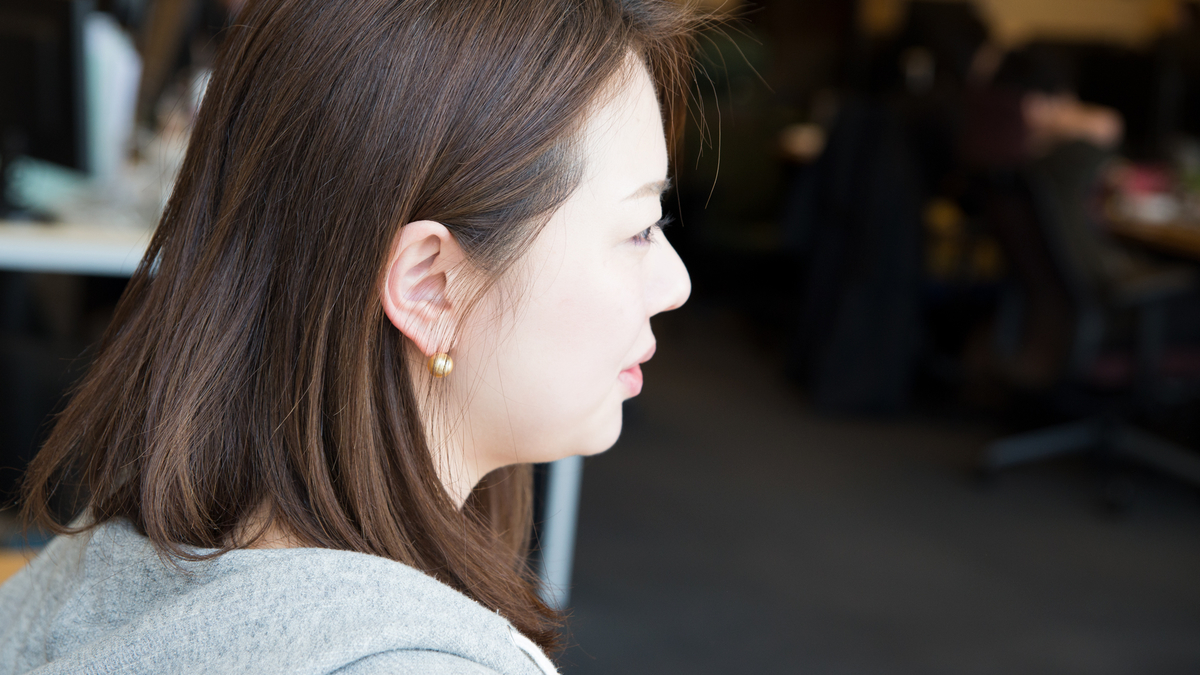 Liz: Yes, I couldn’t agree more! Especially new graduates from abroad that are making the decision of moving to a different country, and that requires courage and resolution. They made a big decision and chose to work with us, so it’s very important for them to be able to work at their full potential. That’s why we clearly let them know our company’s direction and current situation, and also try to communicate a lot with them to bridge any gaps there may be between their expectations and the company.

Our next challenge is to strengthen training

Okuda: Our mission in new graduate talent acquisition is to find ways to increase the growth of young members with potential. So the first change we need to do is to improve our selection criteria and our selection process. Once we do this, we will have a better understanding of each of the members’ strengths and values, and will be able to more appropriately evaluate and assign them to projects or teams. After that, it’s a matter of strengthening training.

– What do you mean by strengthening training?

Okuda: Until now, we had business manners training, but there wasn’t a place where we could share some of the knowledge they would need at work. This was left up to each of the team members. Hopefully we can structure this better, and create a place where new graduate members can grow. I myself would like to eliminate anything that could become a barrier for new graduate members to join Mercari. I will do everything I can to achieve this.

– Liz, you left the global new graduate talent acquisition team and now you are in HRBP, right? What are your thoughts about that?

Liz: From an HR perspective, I want to help create an environment where the new graduates that we hire, and also the team members and managers that will receive them, can feel happy to work in. I would like to use my background in new graduate talent acquisition to contribute so that members from many different countries can incorporate our values and work together. 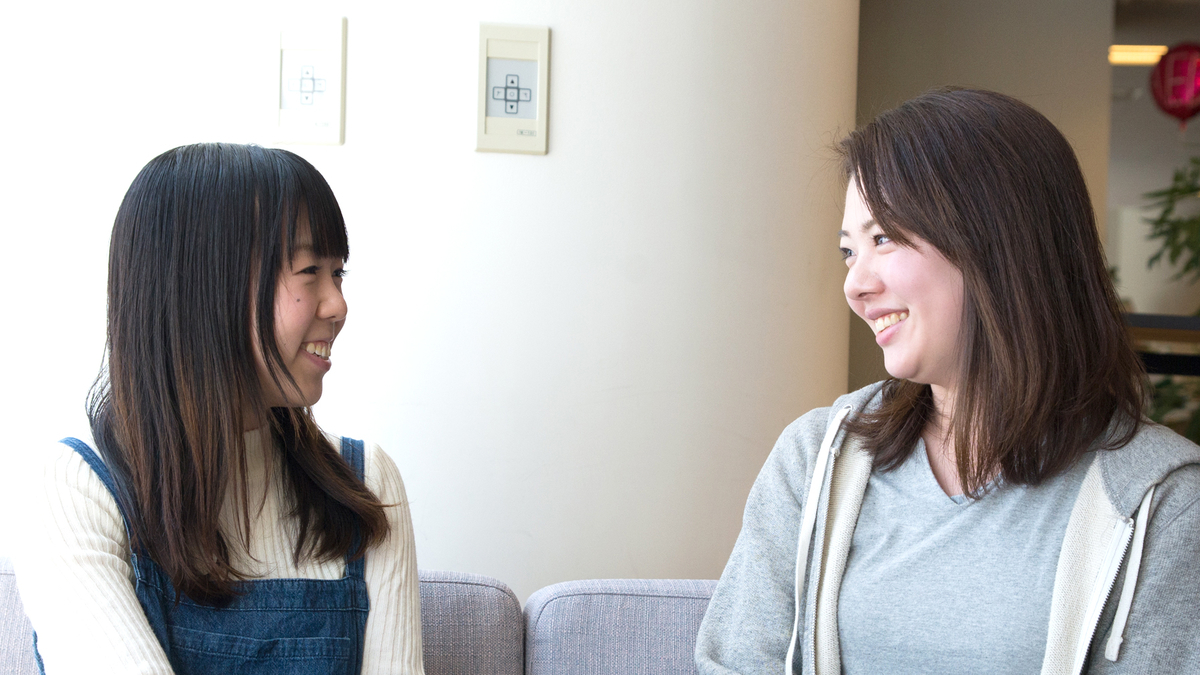 Okuda: Yes, that’s right. Although we have different roles, both recruitment and HR share the same mission to create value in a global marketplace where anyone can buy & sell. I’m looking forward to continuing to work with you in the future!

Liz: Thank you, I’m looking forward to it too!

Joined CyberAgent, Inc. in 2009. After being assigned to the president’s office, she gained experience in planning, operation, and progress management as a social game producer. Later, she also gained experience in business strategy and management as a Unit Leader, handling several games. Joined Mercari in March 2017, and is now involved in new graduate talent acquisition.

Joined Toshiba Corporation after graduating from the Faculty of Psychology of the Chinese University of Hong Kong. She joined Toray Industries, Inc. in April 2016, where she was in charge of recruiting foreign students. She later joined Mercari in December 2017, and launched the Global Recruitment and Diversity & Inclusion projects. She has been in charge of HRBP since April 2019.

2021-8-6
We created Mercan to bring you all the latest info about the people and events of Mercari. So what are you waiting for? Take a look around!
Follow us:
Share this article 👉
0
0
0