“Mercari’s D&I Team is Like a Lab”: Our Three D&I Communities, One Year Later

Hello everyone! I’m Kayoreena (Kayo Osumi) from the Engineering Office, and I’m responsible for training, evaluation systems, and events in the Engineering organization.
Did you know that we have three D&I (Diversity & Inclusion) Communities in Mercari?

We launched theD&I Communitiesin February 2019 to increase D&I awareness within the company. If we include the time before D&I became an official project, we have actually been working on it for almost 2 years now.
Even though it’s been almost a year since the Mercari D&I Communities were officially launched, there are still many people who are not aware of what kind of activities they do. So, let’s take a deep dive into what kind of D&I-related things they’ve been doing for the past year, what has changed, and what kind of challenges they see for the future!

What Mercari D&I Communities Do

Each of these are run by volunteer members using 20% of their working hours to carry out these activities.
Today we have Riley Masunaga (Multicultural@Mercari), Wakana Nogami (Women@Mercari), Juan D. Garcia MP. (Pride@Mercari), and D&I Team Lead Hirona Hono with us!

Their experiences may be useful for anyone interested in working on D&I within their group or organization. Kayo: It’s been almost a year since the Mercari D&I Communities were officially launched. Looking back, how do you think they did?

Hirona: After a whole year, I feel that now we can finally find balance between the company’s direction and the activities that we are doing. With D&I activities, progress can be hard to see, so I sometimes found myself wondering if our point was really getting across. But looking back, I see that now more people understand what we do, and with our consistent results, I’m starting to feel more confident in our actions.

Juan: I started participating in Pride@Mercari as soon as I joined the company in May 2019. It hasn’t even been a year yet, but we have evolved a lot in this short time. For example, when I first joined, the Pride stickers we had were only for internal use. It was great to be able to take them outside the company. Wakana: I joined the Women@Mercari Community after entering the company as a new grad in April 2019. The most important change since then was launching Connected Women Tokyo, an event organized by Twitter, Facebook, Google, and Mercari to provide career development support and networking for women in the IT and STEM fields. Mercari hosted the first event in September 2019. I was very happy to see that Mercari’s D&I activities were expanding outside the company.

It’s only been one year since I graduated, so there are many things that I honestly don’t know yet, like what kind of issues working adults have. Now, I realize that since choosing engineering, there were many times where I was the only woman in the room. And I feel like many of those times, even though I had something to say, I would think “maybe I shouldn’t say anything” and just let it go. Through our activities, I now realize the importance of expressing your opinions. Of not underrating yourself, and building a better environment for future generations.

Kayo: Women@Mercari’s latest project was launching Build@Mercari, right? This is a program to provide technical training for people who haven’t had that opportunity for various reasons (especially minorities in the STEM and IT fields, like women, the LGBT+ community, or other groups who feel underrepresented). This project took almost a year from planning to realization. For me, it’s deeply moving to finally be able to provide this kind of new opportunity.

Riley: To be honest, working on the Multicultural@Mercari Community was really difficult at the beginning. First, we spent a long time discussing what “multicultural” actually means. We then carried out several activities like holding internal Town Hall Meetings for people to directly discuss things with executives, and Lunch & Learn events to talk about multicultural issues. As we held more events, more people started participating.

For our last event, we took a new approach to diversity and collaborated with the #z-papamama club, one of the clubs in Mercari, to hold a Lunch & Learn session where we discussed “What does it mean to be a working parent?” This allowed us to reach a different audience from previous events.

Juan: Pride@Mercari has also been holding several events. However, the more we do, the more we see an issue: it always tends to be the same people who attend. This is probably because many people think that they have to be LGBT+ to go to the events, or even that if they go, others may think that they are LGBT+. Wakana: The same thing happens in Women@Mercari events. Many people think that they are only for women, so not many men participate.

Juan: There are many people within Mercari who consider themselves allies (a concept referring to people who actively support the LGBT+ community, equal civil rights, and gender equality) and openly express so. We need to think of better ways to communicate our events so that our allies can feel more comfortable participating.

Juan: Having a D&I perspective is important for Mercari to achieve our mission to create value in a global marketplace where anyone can buy & sell, but also to create an environment where innovation is possible. I think that Mercari has evolved a lot in that sense. After seeing all the changes that we’ve been undergoing, both small and company-wide, I realized that the company does listen to our suggestions.

The message Mercari sends as a company can increase awareness outside the organization. And at the same time, by sending that message to the rest of the world, we make a commitment to our employees that I believe strengthens our mutual trust. In other words, it’s important for Mercari D&I Communities to have strong communication with the outside world, while making meaningful changes within the company.

Riley: For me, Mercari D&I Communities play the role of a sort of “lab”. Our initiatives are like experiments that we can use to see what kind of results or changes we get, and the kind of challenges we face. There are many things that we still need to work on and improve. Having a company that fully supports this kind of “experimentation” is a great and rare opportunity for us.

Hirona: The word “D&I” has been coming up frequently during meetings that Shintaro (Shintaro Yamada, Chief Executive Officer) and the other executives have. I feel that it’s becoming more and more natural to incorporate a D&I perspective when working on different issues in the organizations. 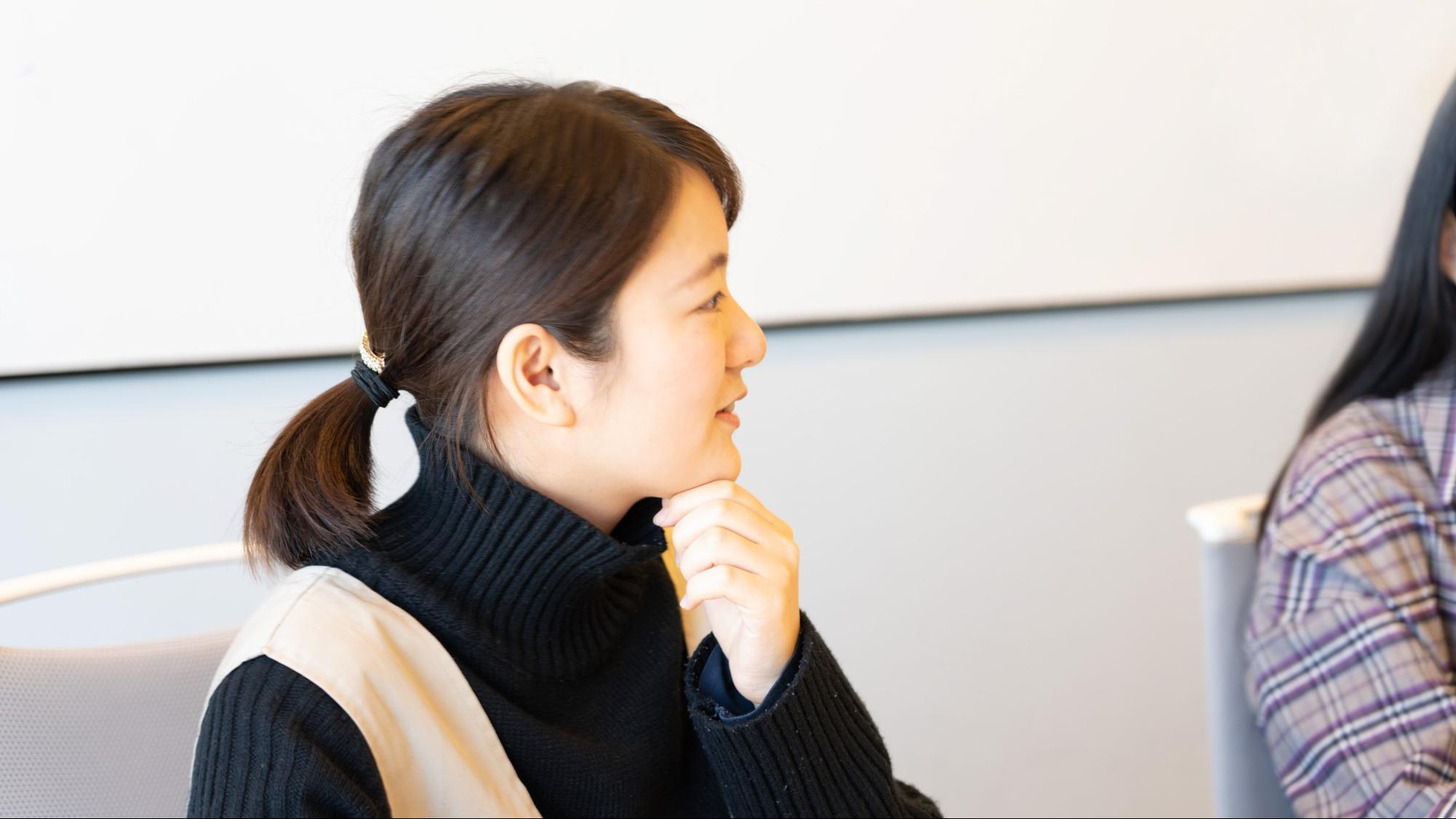 Kayo: What kind of results do you expect the D&I activities to bring for the next year?

Juan: I would like for D&I to become such an obvious thing that our Communities are no longer needed. The Pride Community still needs to explain the background or meaning of certain words in many situations, so I hope that in one year’s time people are going to be more aware of this.

Juan: I think that the fact that Mercari is a Japanese company is also very important. It’s natural for multinational companies to work on D&I, but these topics are not yet that common in Japan. I believe that Mercari has an opportunity to become a leading company regarding D&I in Japan. In that sense, it will be great if we can use this to provide better value and have a bigger impact on society.

Hirona: I want to actively share insights on how to promote D&I with other companies and organizations, like our successes and failures, training materials, and expertise from our project leaders. In a broad sense, this too plays a part in the circular economy that Mercari strives for, so we all must do our best to encourage D&I regardless of our organization.

Kayo: Thank you so much for your time!

Our D&I Communities support all individuals in order to provide a safe environment where everyone is able to perform to their full potential. You can check out the D&I Statement on our Mercari Careers site to learn more and see how passionate we are regarding D&I.

We’re looking for people to join the Diversity & Inclusion team at Mercari!

We’ll continue working with our D&I Communities so that we can share new progress with you again next year. Stay tuned!

Engineering Office. Kayo worked in India from 2016, and joined Mercari after returning to Japan in October 2018 to work on onboarding for New Grads from overseas, as well as training, evaluation systems, and events for the Engineering organization. She is a core member of the Multicultural@Mercari Community. She is also head of the India club.

LET Coach and Program Coordinator. Born in Hawaii, USA. Riley has worked in tech startups around the US and Japan as a marketer and strategist since 2012. As a coach and program coordinator at Mercari, his main area of focus is analyzing program data and implementing process improvement for the team.

Global Operations Team (GOT). Juan was born and raised in Argentina. After graduating from a Master’s in Fine Arts, he worked as a freelance translator while teaching as an assistant professor at the Fine Arts University. He came to Japan in 2012 with a MEXT scholarship to enter a graduate course in Japanese Calligraphy. Currently, he works as a translator and interpreter in the GOT team, and is also a core member of the Pride@Mercari Community.

Software Engineer for the AI Team. Wakana joined Mercari in April 2019. She works as a software engineer developing and maintaining image search, and at the same time is a core member of the Women@Mercari Community. She leads Build@Mercari, a training program for software engineers that will start this summer. Her favorite food is dandan noodles.

D&I Lead. She is also an Intercultural Communication Trainer. Hirona served as a program director for VIA (Volunteers in Asia) while at graduate school. After graduating, she attended the University of California, Berkeley, to become an Intercultural Training Specialist. Back in Japan, Hirona worked planning and running global training programs for a major IT company, and joined Mercari in May 2018. She assumed her current role in February 2018. SIT Graduate Institute (Master of Intercultural Services, Leadership & Management). She is also head of the Tiramisu and Sakuramochi clubs.

Mercari’s Coaching-Based Manager Training Project. How to Unleash High Motivation and Engagement within Your Team #MercariDays