With the mission “to make selling easier than buying,” the Mercari US business aims to provide a service that allows our users to effortlessly sell (or buy) almost anything online. Since June 2017, Mercari US CEO and CBO John Lagerling has been tasked with managing that business.

When John visited Japan, the Brand Management Team decided to conduct an impromptu interview. We asked about the organization, Diversity & Inclusion, and the people of Mercari.

*This article is an edited version of a previously recorded interview in 2019.

Why Mercari seeks for Diversity & Inclusion

ーThanks for taking this interview, John. To jump right into the questions, Mercari published a statement in June 2019 to promote Diversity & Inclusion (D&I). I heard that it was a project that you also committed to, but what is the background behind this?

John: I believe for Mercari to continue to attract the absolute best talent, we need to have a very neutral and open view on people as individuals. We are all unique and we all have different facets and we have aspects of being a minority in some ways. Respecting each of our differences and giving people an equal opportunity to prove their strengths and make sure that we hire people that have the best competency is going to be the best way for us to fulfill our mission. ーIs it all about achieving the mission?

John: We need the best people, and the best people can be found in all kinds of shapes and forms, and unless you have an open mind to people in that way, you’re going to lose out on great talent. So whether it’s gender, or sexuality, or ethnic background, or other things, that shouldn’t really matter. It should always be about “what can that person bring that is unique?” and “what competency does that person have that really can help us win as a company?”

ーThis statement says, “Meaningful efforts towards diversity are reflected not in the quantitative goals many companies tend to rely on, but in the thoughts and behavior of every person within.” What does this mean?

John: The philosophy that we want to have for hiring at Mercari as it comes to D&I is that we intend to look at people as individuals, and hire the people with the best competency. That’s why we are not looking to have specific numbers that we try to fulfill, but rather we want to guide our hiring to look at people and respect people as individuals with all the different facets that they have. 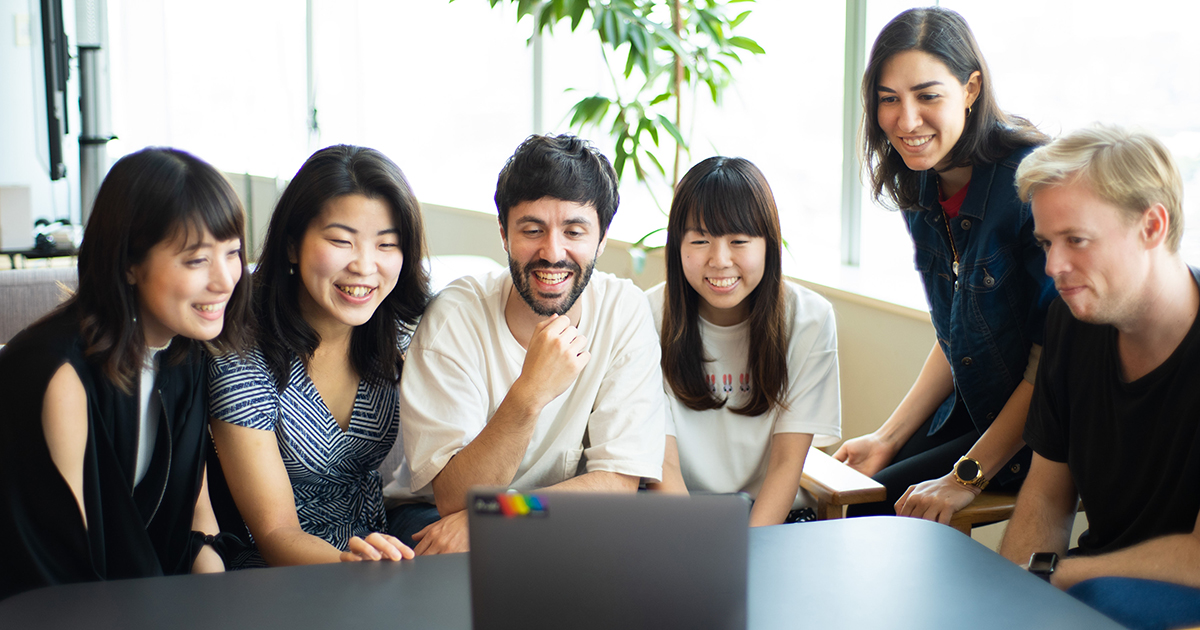 ーTo realize such a world view, Mercari’s “Trust & Openness” is very important.

John: For companies to be successful, there needs to be trust & openness, and I think the best way for people to trust each other is when we know that we respect each other for our differences. I’ve found that Mercari already is a company where you can bring in your own opinions in a very open way, and you will be respected for the expertise that you have. Life experience is another source for these unique opinions that I often find around the table when we have conversations in the company. I believe that trust & openness is really fed by having a diverse workforce where people bring all their life experience into the company to ensure that we have the best competency. ーI would like to ask about the people in Mercari. Where do you see “Mercari-likeness” as you lead Mercari US?

John: I think the people that seek to join Mercari and the people that we end up really wanting to join the team are people who have quite eclectic and varying backgrounds, but with some level of conviction and drive that doesn’t need an instruction manual or very precise directions on what you will take on. We are still in startup mode. We are still exploring and climbing this mountain together, so we need people with varying expertise and competence to bring that to the table. Especially in a market like the US, we obviously need people who understand the complexities of global business and business in America.

We’re here to help you buy or sell, whatever you need, right #FromYourHome. pic.twitter.com/XhxY5yX5cM

John: I really believe that everyone who has an urge and curiosity to live something very unique, not going the generic rat race, but building something that hasn’t been built before in an environment that is new, especially for a Japanese company, I’d say you will do well by considering Mercari. We are running Mercari as a true Silicon Valley startup, but we do have the superpower on the fact that we are connected with Japan and everything that is going on in Japan in terms of innovation and talent, so it’s a very unique environment for unique people and I will be glad if you consider applying.

ーThank you! Finally, please give a word to the people who are reading Mercan.

John: Selling online used to be for people who really were into it, but what we’ve been able to prove with Mercari in the US is that anyone can sell. That’s really awesome because there are lots of people who have more things than they can use and these things are still useful. I’m really excited that we are able to see a momentum and movement that we are creating, and that Mercari is also on the early cusps of succeeding in the US, so it’s something that I think would really be a fun part for anyone to join and take part in building to the next level.

*Interested in future opportunities at Mercari? While we may not currently have a role in your interest area, we would love to connect with you once one becomes available. Please join our talent community by applying through the link here