Implementing Agile Development and Adopting the PM Ladder: A Look at the Role of Program Management at Mercari

What’s a program manager, you ask? Well, they are the people whose role it is to provide support that spans across organizations at companies where multiple development projects are simultaneously underway. The support they provide can include such things as helping to adjust resources and costs for projects or ensuring that the work environment is conducive to meeting the needs of a given project.

At Mercari, we officially established a team dedicated to program management in the summer of 2019. Since then, what started as a single two-person team at its onset has multiplied into a 17-person endeavor, split across two teams whose job it is to support project development at Mercari: the Program Management Team and the Product Management Excellence Team.

Our interest piqued, for this installment of Mercan we decided to speak with Masateru Miyasaka, Director of the Product Management Office; Abhijeet Pawar (@Abhi), a member of the Program Management Team; and Kanako Shinohara, who works on the Product Management Excellence Team. We asked these three about the background that gave rise to their teams and the expectations that currently govern their organizations.

— I’ve heard that Mercari established a team dedicated to program management in the summer of 2019. Had there been no need for such a team up until that point?

Miyasaka: No, not necessarily. Actually, the Program Management Team, where Abhi is now the manager, had a predecessor of sorts as early as 2018. Originally, Mercari brought together a lot of people who were talented in their own right, and some of them worked on product development. But as our organization and business grew, we had to find a way to bring the non-collaborative efforts of individual PMs into the fold. I joined the company in 2018, but even then it was easy for conflicts to crop up, and because people were working individually, we had to deal with things like costly onboarding of new members even as our knowledge pool remained shallow. Miyasaka: Now obviously, I don’t mean to negate the development style we used to use. No offense to what we used to do; the non-standardized approach to development was necessary at the time precisely because we were still a startup. However, by around 2018, Mercari’s organizations were growing at an incredibly fast speed. All of a sudden you’d be at the office and the members on the team sitting next to you were people you’d never seen before. On the other hand, increased hiring of members from overseas presented us with a language barrier.

So in order to create a workplace where anyone could work easily and handle product development smoothly, we established a common framework for development and a format for writing specs. This was our starting line.

Shinohara: Generally speaking, the tools that engineers and designers use to communicate are different. Even if they do use the same tools, how people use them will differ depending on the team. So we sort of unified elements that had previously lacked consistency. — So then, that was the point when the company had gotten to a size where people could no longer work solely at their own discretion.

Miyasaka: That’s right. Program management has two roles: drive initiatives for product development, and maintain a robust system that is able to drive initiatives even if a large project comes up. This is why, in addition to implementing agile development, we are now creating a PM Ladder, focus list, and mechanisms by which PMs can review each initiative.

The reasons for incorporating agile development at Mercari

— So, I understand that the driving force behind implementing agile development at Mercari is the Program Management Team, for which the manager is Abhi.

Abhi: That’s right. Agile is a style of development that allows us to repeat the planning, designing, developing, and testing phases with a short development cycle. It also reflects a style of decision-making where we ask our members for their opinions and then decide on the best approach to take from among the options presented. To make it even easier for our members to voice their opinions, six months ago we also created the Agile CoE (Center of Excellence) community. We make it so that if anyone wants to discuss something or runs into any problems, the community can support them as well. 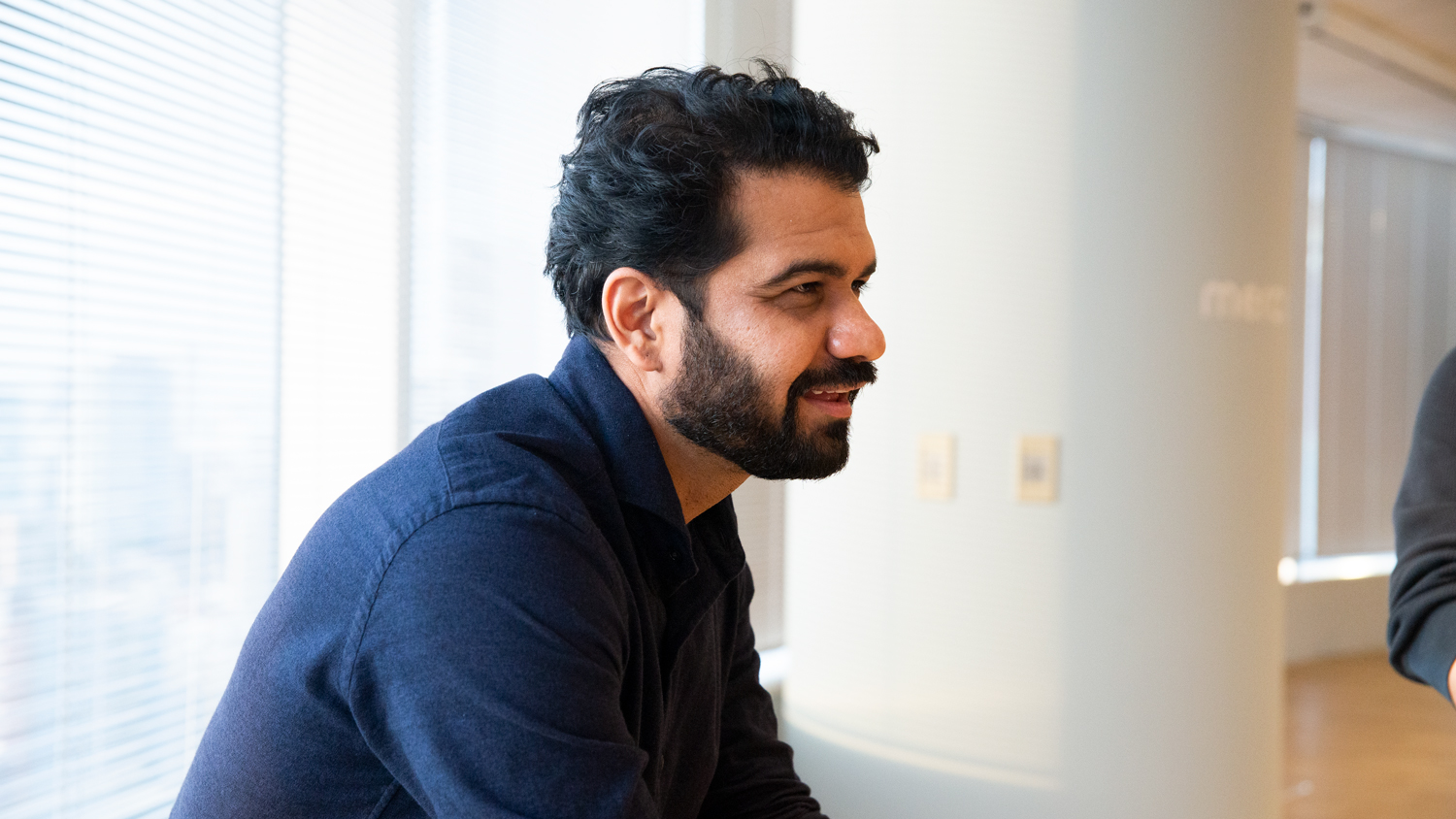 — Why did you choose agile development?

— What? You mean it takes three years for the agile development mindset to spread through an organization?

At Mercari we’re now in the process of adopting a product development style called the “Camp” system. The way it works is, the product under development is divided into a number of areas, with each area called a camp. There are also multiple scrum teams that support development. Eventually, I think it would be great if we could establish a system where the agile coaches are the program managers, and product managers are involved in agile development from the planning phase right up to the product release.

Steering product development and establishing a career as a PM

—So Kanako, tell me about your time on the Product Management Excellence Team.

Shinohara: Well, when I first joined Mercari, one of the things I noticed was that, depending on who the PM was, their mindset and expectations differed. And, just as Masateru said earlier, at that time there were a lot of instances where people worked independently. This situation made it hard to foster ongoing initiatives or knowledge management. This led us to begin creating mechanisms for changing how members viewed the role of the PM. One such mechanism was the PM Ladder.

To be blunt, we saw that multiple teams in charge of adjacent domains were planning similar initiatives. This drove us to create a focus list that could serve as the basis for deciding the priority of different initiatives. The list of course included things like development hours and business impact, but also the review process for these things. — That tends to happen when people working together aren’t communicating effectively.

Shinohara: Yes, exactly. There are advantages to each member being able to independently drive their work forward. However, depending on the size of the organization, there can be drawbacks. In order for the Product Management Excellence Team to mitigate those drawbacks, we created all of the specs for the Mercari marketplace app in English. Other than this, we worked together with the QA and engineering teams to systemize the release process and schedule management—both of which had been done on a volunteer basis up until that point. We updated our development workflow by aligning it with agile development.

— Both of these are important as foundational elements of product development.

Shinohara: But unlike growth hacks, there aren’t as many moments to spotlight people’s individual results, so I’m sad to say that we’ve lost some of the bravado and other colorful traits that we used to see. (laughs)

Actually, up until now, I’ve worked as a PM in recruitment and have constantly had strategic HR on my mind. Even at my previous job, I started a PM organization because I saw that there was no specific role defined for PMs. This is exactly why I feel that we are now in a period of transition that will shape our idea of what a PM should be. I’m excited that, by working on program management, I’m responsible for helping steer the organization, looking at organizations cross-functionally and deciding which domains should step on the gas. At the same time, this kind of work might just convince me to embark on a full career in project management. This kind of multifaceted work has been a really interesting experience.

Both agile development and scrums are just a means to an end.

— Now that Mercari has started agile development in earnest, program management has become even more team-oriented. So what’s next?

Miyasaka: I’ve stuck with this job because I’ve always wanted to help build a Japanese company that would rival the giant overseas tech companies. I intend to do everything I can to get us there. To be completely honest, I am not married to agile development or scrums. They are just the means to an end, and if they are not the right fit for us, we’ll immediately look for a different way to get the job done. It’s a matter of finding a style that fits Mercari and building a framework with people who will improve how we work. And by doing this, it makes it easier for PMs and engineers to do their jobs and creates an environment that facilitates development. Along the way, I want to create an environment that strengthens all those who work at Mercari and that even other companies use. Shinohara: Oh, you mean like the “Mercari Mafia.” (laughs)

Abhi: And also for that to happen, I want to push program management to be even more established at Mercari. Because although people talk about the importance of program management, it hasn’t taken root across the entire company. My goal is to give it everything I’ve got for another year or two. Then, I’d like to focus on three things: initiatives, product-related programs, and platform programs. Shinohara: I would like to play a significant part in creating a product development system while partnering with the Strategy and Management Team, who are in charge of things like development strategy. I want to visualize development productivity and make known any in-progress activities in order to establish a mechanism that allows the CPO, CTO, Product Head, and Engineering Head to make decisions quickly.

Miyasaka: That’s excellent! Let’s keep working to promote an even stronger mindset for program management among both engineers and PMs.

Talk with Technical Product Managers (Mercari TPMs, @ akis, @ yuu, @ Suwen) – What It’s Like to Work as TPM at Mercari

Looking back on Mercari UK: What the founding members are up to now #BoldChallenge

2019-9-13
We created Mercan to bring you all the latest info about the people and events of Mercari. So what are you waiting for? Take a look around!
Follow us:
Share this article 👉
0
0
0