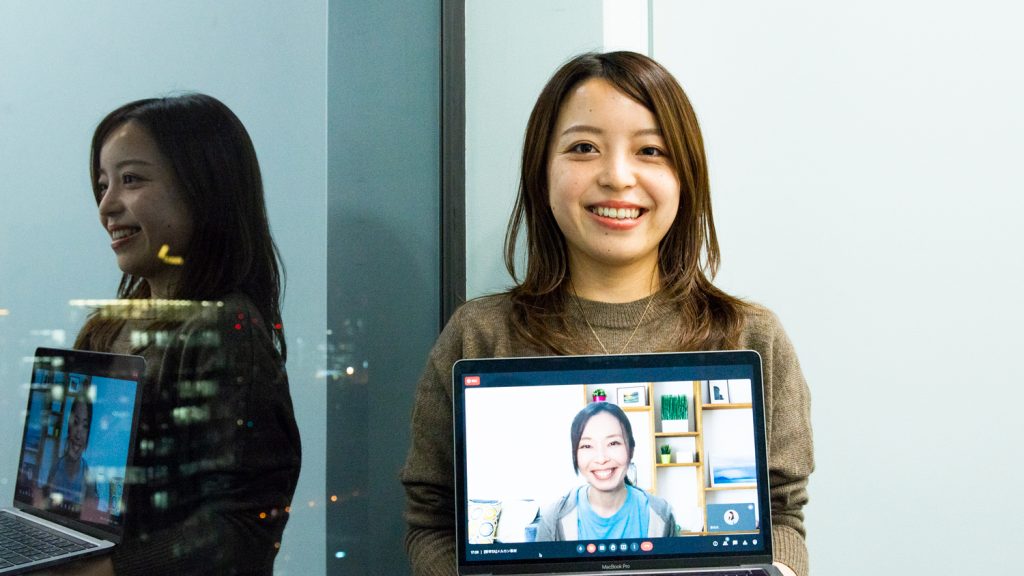 Mercari’s New Graduate Hiring Today: Are we still looking for top talent that can “hit the ground running”?

We’re still looking for people who can hit the ground running, but…

So what does new graduate hiring look like now, six years later?

※The mask is removed only when taking pictures.

—You were both in charge of hiring-related work at your previous companies, correct? Why move into new graduate hiring at Mercari?

@rika: I was just interested in Mercari’s Go Bold initiatives at the time, like the Bold Internship (a previously conducted initiative which sent a total of 100 interns to various locations across America’s 50 states, as part of Mercari’s new graduate hiring). (laughs) I thought it seemed interesting, so I applied via Wantedly. I was in charge of mid-career engineer hiring for Merpay and Mercari when I joined, but I was later put in charge of new graduate hiring. That’s been my job ever since.

@aochan: I was working as a recruiting agent before I joined Mercari, but I was interested in trying my hand at overseas hiring. I remember being surprised at the time by the way Mercari, as a Japan-based company, was actively hiring talent regardless of country, approaching the Indian Institutes of Technology (IITs) and other schools. Just like @rika, I also applied via Wantedly. I was in charge of mid-career hiring at first, but moved to new graduate hiring later on. 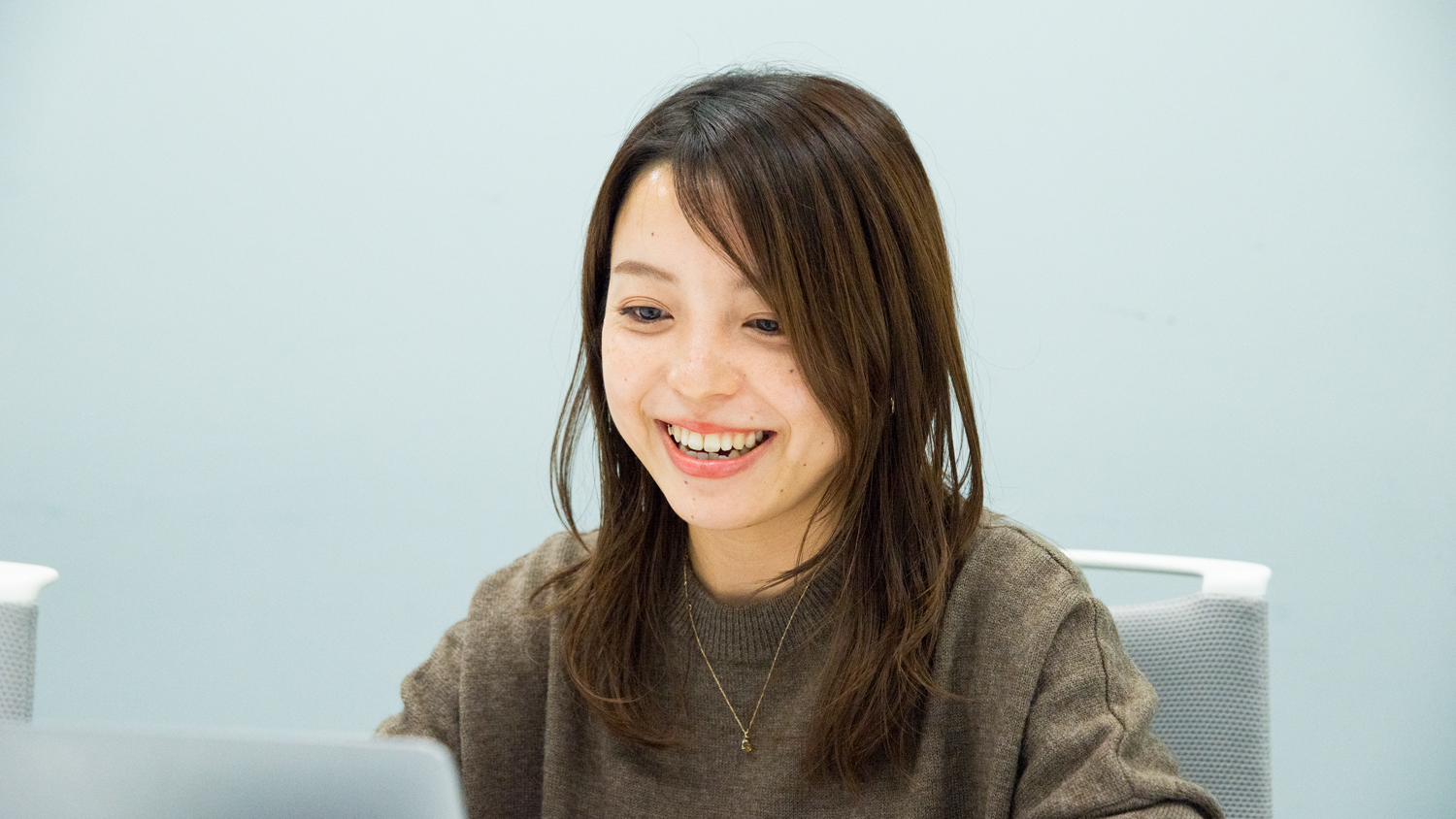 —From the start, Mercari has always been about hiring year-round, for both new graduates and mid-career members. I know that Mercari was initially looking for top talent who could “hit the ground running,” but is that still the case now?

@rika: Yes, we still focus on whether the individual could contribute to their team from the outset or could be considered top talent based on their potential contribution to Mercari’s long-term growth. What’s different now is that we are hiring more people as interns first. Initially, we sometimes had candidates who applied via the new graduate hiring pipeline directly during their internship. Now, however, completing an internship is basically required for us to hire you fresh out of university. We’re looking not only for top talent who can contribute right away, but also who fit in with our company.

@aochan: At first, we only offered engineering internships. We now offer a data analyst internship as well.

Another thing that changed is that we’ve expanded the scope of hiring to actively include more minorities. When you only look for the strongest candidates, the results end up a little biased. The organization doesn’t grow stronger in the long run. This is why we launched Build@Mercari, a software engineer development program, in May 2020. We also created programs to help minorities in the STEM and tech fields—like women, the LGBT+ community, and other people who identify with underrepresented groups—build careers as engineers.

@rika: It gets pretty hard for the New Grads Team to decide when to make an offer once you expand the scope of eligible candidates to include different ages, genders, and years of experience. And when you open it up further to include students overseas, it becomes difficult to even define what we mean by “new graduate,” with candidates attending boot camps after graduation and bringing a much more diverse variety of work experience. As we continue to widen that gateway, we’re still figuring things out through trial and error, to ensure that we can fully screen these candidates.

—What are Mercari’s new graduate recruiters working on now?

@aochan: Our regular work covers not only the hiring process but summer internships and other events for new tech graduates. We start preparing for the internships in spring, with the actual program taking place in summer. We use fall and winter to try to get those interns in the hiring pipeline.

We work with @tenntenn from Merpay’s Expert Team to hold a tech event called “Step Up Go for Students.” We also provide the materials for Gopher Dojo, a structured program for learning practical Go skills and run by @tenntenn, to France-based software engineering school 42 Tokyo. We try to connect with students who finish the course at 42 Tokyo.

@rika: The selection process is the main event, but we also plan, advertise, and run a number of events. I’m fully involved in leading the new graduate side for Build@Mercari. The program was originally run by the D&I Team, but it was handed off to the Talent Acquisition Team as a hiring-linked initiative. @rika: Additionally, we launched the Mercari Restart Program on November 25, 2021. This program provides career support to people who were forced to put their careers on hold due to childbirth, child rearing, or some other reason. The entire Talent Acquisition Team is working on it, and I’m also involved as it resembles an internship in some ways.

—So I guess the Talent Acquisition Team works together across specializations sometimes. Is there anything about that work that has stood out to you precisely because you’re in charge of new graduate hiring?

@aochan: It goes without saying that I meet with a lot of students. I guess what’s stood out to me is just how fast these new entries to the workforce can grow. Many students have no engineering experience, but they demonstrate tremendous growth as engineers over their six-month internship. I always find myself inspired by what I see.

@rika: I totally know what you mean! We have actual engineers and members of the Engineering Office Team join the new graduate hiring events, and they’re always impressed with the students. (laughs) It’s both fun and inspiring to interact with students like that.

@aochan: More than with mid-career hiring, there is a much longer period between when the candidate receives their offer and when they actually join. That growth might seem a little more dramatic than it actually is. When you see a student who you’ve known for a while join the company and then the following year they’re speaking at an event for students, you find yourself really impressed with how much they’ve grown. (laughs)

Someone Who Can Keep Up

—Your new graduate hiring team is looking for new members. Why now?

@aochan: We have been able to welcome more new graduates that are a good fit for our company by hiring them straight out of the internship program. At the same time, demand for new graduates is growing within Mercari Group. We are hearing from not only students interested in Mercari and Merpay, but those who want to work at Souzoh as well. While engineering positions have been the focus of our new graduate hiring up until now, we are considering expanding the scope to include corporate positions.

And perhaps more importantly, it’s just been me and @rika leading new graduate hiring for the last two years. We had some help from our colleagues of course, but we’re ready for some new blood! @rika: Seriously! With only two of us, we’ve got our hands full with admin. If we had a little more leeway, I think we could come up with some really fun initiatives for new graduate hiring, like the Bold Internship and GitHub hiring (a new graduate hiring process that evaluates candidates’ output on GitHub) programs that Mercari had in the past. When you think about it, the Mercari members in charge of new graduate hiring in the past had some pretty awesome ideas. (laughs) We want to make the New Grads Team more of a capital-T “Team” and less of a duo, so we can come up with some even better ideas than our predecessors. That’s why we’re looking for new members.

—What kind of person would be a good fit for this role?

@rika: The most important of those is probably being able to keep up with the students. The students you meet during new graduate hiring are all looking for their first job. For every person who knows exactly what they want to do, there’s another that hasn’t made up their mind. Obviously, it’s because they don’t have any professional experience yet. It’s critical that we keep pace with these students to ensure they can select the best company for their first real job.

Frankly speaking though, we want every student to want to join Mercari. (laughs) That’s not a good way to approach it, however. We believe that new graduate hiring requires that you really stop to talk and listen to these students so that each of them can truly make the best choice for them. @aochan: Listening skills are really important. In conversation with the students, it’s essential that you throw them a lot of different questions and be ready to address their concerns so they can get their thoughts in order.

@aochan: Right. They’re treated the same as everyone else once they join, but the hiring process differs somewhat from mid-career hiring, such as in the way it focuses on potential.

@rika: At the same time, I think that the line between new graduate and mid-career hiring will continue to blur. Talent Acquisition Team manager @kubokkie said that he wants to eliminate the very idea of new graduate and mid-career hiring. By widening the door to let others through as we’re doing with the Build@Mercari and Mercari Restart Program, we’re able to target semi-recent graduates and people just looking for a change in career. Things won’t change overnight, but we need to keep an eye out for those changes in the future.

@aochan: While our new graduate hiring won’t change right away, we’re certainly in the midst of some dramatic changes. That’s why I think we can try some more interesting initiatives. But @rika and I can’t do it alone. We want to work alongside someone who’s just as excited about hiring, who can be an ally to students and improve Mercari’s hiring.